Following the well-publicized mass looting of data from Target Inc. in late 2013, most companies are devoting renewed energy to bolstering their cybersecurity measures. The awareness that digital information is at risk extends across businesses of all sizes as well as to private citizens, who have become much less complacent over the past year.

A sense of urgency about digital security is fueled not just by the widespread occurrence of data theft by hackers, but also via the ongoing concern for privacy issues driven by disclosures of extensive National Security Agency (“NSA”) information gathering.

In response to these threats, companies are taking a variety of steps, and the digital security industry is seeing strong growth and innovation. CRN has talked with security firms across the industry, and reports the following trends in 2014 surrounding data protection and cybersecurity.

Data theft, damage to databases and other types of cybercrimes pose an immense threat to businesses and organizations of all kinds today. A successful attack can cost huge sums of money and destroy reputations, along with years of work. With so much at stake, it is imperative that leaders acknowledge and respond to the new and intensified threats of computer security flaws. 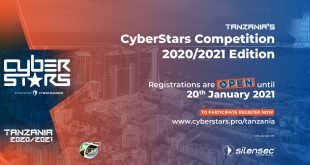 CyberStarsTz2020: Tanzania’s Most Challenging Competition is BACK